This is a bit of a departure from the tech-oriented articles that I usually post but I thought I would just “put this out there” because I couldn’t find any relevant info when I had this issue with this product.

Basically, the Jotul GV 370 DV is a gas stove (the kind you use to heat a room, not to cook on). It was installed and minimally tested for gas flow. The problem was, it wouldn’t stay lit when we tried to use it for the first time. The pattern was, the pilot would light, 30-90 seconds would go by, the stove would flash combust (the gas in the chamber would ignite) rather forcefully but not stay on. This cycle would continue until a red LED on the front of the control unit started flashing. At this point, I turned off the stove and turned of the gas and started looking for answers.

I read and re-read the installation docs that came with the Jotul GV 370 DV. One thing I noticed is that the damper setting on it was not correct for the amount of vent pipe that was installed. That was an easy fix. Unfortunately, it didn’t solve the problem (or change it at all). Internet searches didn’t reveal any additional useful information, just a couple of edge cases and people arguing philosophy rather than practice solutions.

I even tried the justAnswers web site. Paid $5 for a ‘trial membership’ and was connected to an absolutely useless ‘expert’ who just tried to read me the online posts I had found via google. His final bit of ‘expert advice’ was to get a voltage meter, disassemble the stove and tell him what all the voltage readings were on all the stove components. Absolutely pointless exercise. I thanked him for wasting my time and requested a refund from justAnswers.

At this point, I elected to take the glass off the front of the unit and inspect the burning media bed to make sure the gas jets weren’t blocked or obstructed. This is when I noticed that the gas bed was out of alignment with the pilot starter. I removed the gas bed tray, re-seated it so that the notch for the pilot was centered on the pilot (instead of all the way to the right like it was when i originally opened it up). After this adjustment, I carefully placed the gas bed media back on the pan, reassembled the glass and turned the gas back on.

When I turned on the stove, the pilot came on, 30 seconds later the perimeter of the bed lit, went out, re-lit, then stayed on. Success! All that because of a one centimeter misalignment of the gas bed with the pilot.

So there you have it. Hopefully this will help someone else who has this issue quickly solve the problem without delay or ‘expert’ help. 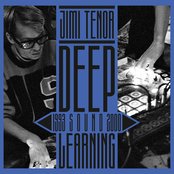