Yesterday, March 24th, marked the fifth anniversary of the release of the new Macintosh operating system from Apple: OS X. Shortly after the release of OS X 10.0.0, I bought my first Mac — something that I thought would never do, but found it an easy transition on for my home computing needs.

I have never been a big fan of Microsoft’s poorly written, buggy, generally awful software. I ‘celebrated’ the release of Windows 98 by removing all MS products from my home computers and replacing it with Linux. I found Linux and the applications available on it to be more that adequate for my needs.

One catalyst for my interest in Apple was that just before the release of OS X, I bought my first miniDV camcorder which had a built in firewire connection. This made me start thinking about doing more video editing and iMovie sounded like a good entry point. Also, I liked the idea of having a commercial OS with the power and stability of BSD/Mach under the covers with some decent eyecandy of a user interface. OS X had plenty to offer here. So in April of 2001, I took the plunge and bought a Graphite iMac and a shiny new copy of OS X 10.0.0.

The early days with the new system where interesting, just trying to figure out where things were configured or even located. I also found myself many times just saying ‘screw it’ and dropping down to the command line to get some work done instead of clickity-clicking around in the GUI. Software update was awesome and I was very pleased at the steady stream of new applications, bug fixes and updates that came my way.

I also remember all of the whining when Apple ‘dared’ to charge for an OS upgrade (*gasp*). My though was, I’ve gotten a free ride for this long, why not drop the $79(?) dollars for an update? I was a little less enthusiastic when the free ‘iTools’ where re-swizzled into the for-fee .mac .

iTunes made it too easy to solve a long standing problem I had with music. I had tons of CDs, but no good way to locate and listen to discs when I wanted to. The solution at the time, a multi-disc boom box was just not cutting it as far as variety and accessability were concerned. iTunes made it very easy to rip my CDs and play.

When the first iPod came out, I thought, ‘great, now I can have something to listen to at work’ and bought the first of three iPods (a 1st, 2nd, and 4th generation). With the iPod I was ‘buying up’ less for features but more for iPod disc space to carry around my ever growing iTunes-based music collection. I also thought that the 3rd generation iPod was a clunker user interface-wise (it was the only one with the separate menu buttons). I was so tempted to buy one of the ‘I had an iPod before you even knew what one was’ t-shirts I saw last year, but resisted the temptation.

With the purchase of a slimserver first, then several Roku units and an Apple Airport Express (as well as Tivo Desktop allowing for the playing of iTunes music through the TV) it became even easier to play iTunes music wherever in the house it was desired.

I was pretty vocal about singing the praises of my newfound Mac experience at work and slowly more and more co-workers were dumping their PCs for iMacs and Powerbooks. While my first iPod was met with questions like ‘why would you need something like that to listen to music on?’ — now iPods are everywhere in cubicle land. One of my neighbors even bought a Mac last autumn because they got so frustrated with trying to edit and organize pictures on their Dell desktop. I showed her iPhoto, iMovie and iDVD and some of the work that I had done in those apps and she had a new iBook within a week!

That was a bit of rambling Apple nostalgia, but it felt good. 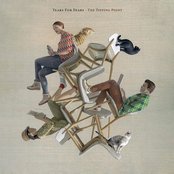