A three-year effort by hundreds of engineers worldwide resulted in the publication in March of 2019 of Ethically Aligned Design (EAD) for Business, a guide for policymakers, engineers, designers, developers and corporations. The effort was headed by the IEEE Global Initiative on Ethics of Autonomous and Intelligent Systems (A/IS), with John C. Havens as Executive Director, who spoke to AI Trends for an Executive Interview. We recently connected to ask how the effort has been going. Here is an update.

EAD First Edition, a 290-page document which Havens refers to as “applied ethics,” has seen some uptake, for example by IBM, which referred to the IEEE effort within their own resource called Everyday Ethics for AI  The IBM document is 26 pages, easy to digest, structured into five areas of focus, each with recommended action steps and an example. The example for Accountability involved an AI team developing applications for a hotel. Among the recommendations was: enable guests to turn the AI off, conduct face-to-face interviews to help develop requirements; and, institute a feedback learning loop.

The OECD (Organization for Economic Cooperation and Development) issued a paper after the release of an earlier version of EAD attesting to the close affinity between the IEEE’s work and the OECD Principles on AI. The OECD cited as shared values “the need for such systems to primarily serve human well-being through inclusive and sustainable growth; to respect human-centered values and fairness; and to be robust, safe and dependable, including through transparency, explainability and accountability.”

A post on efforts to further bolster AI transparency and fairness by the AI World Society.

Learning algorithms find patterns in data they are given. However, in the processes by which the data is collected, relevant variables are defined and hypotheses are formulated that may depend on structural unfairness found in society, the paper suggests.

“Algorithms based on such data could introduce or perpetuate a variety of discriminatory biases, thereby maintaining a cycle of injustice,” the authors state. “The community within statistics and machine learning that works on issues of fairness in data analysis have taken a variety of approaches to defining fairness formally, with the aim of ultimately ensuring that learning algorithms are fair.”

The paper poses some tough questions. For instance, “Since, unsurprisingly, learning algorithms that use unfair data can lead to biased or unfair conclusions, two questions immediately suggest themselves. First, what does it mean for a world and data that comes from this world to be fair? And second, if data is indeed unfair, what adjustments must be made to learning algorithms that use this data as input to produce fairer outputs?”

Cause and effect is a challenging area of statistics; correlation does not imply causation, the experts say. Teasing out causality often involved obtaining data in a carefully controlled way. An early example is the work done by James Lindt for the Royal Navy, when scurvy among sailors was a health crisis. Lindt organized what later came to be viewed as one of the first instances of a clinical trial. He arranged 12 sailors into six pairs, and gave each pair one of six scurvy treatments thought at the time to be effective. Of the treatments, only citrus was effective. That led to citrus products being issued on all Royal Navy ships.

Whether fairness can be defined by computer scientists and engineers is an open question. “Issues of fairness and justice have occupied the ethical, legal, and political literature for centuries. While many general principles are known, such as fairness-as-proportionality, just compensation, and social equality, general definitions have proven elusive,” the paper states.

Moreover, “Indeed, a general definition may not be possible since notions of fairness are ultimately rooted in either ethical principle or ethical intuition, and both principles and intuitions may conflict.”

Mediation analysis is one approach to making algorithms more fair. Needless to say, the work is continuing.

An interesting article on business challenges with artificial intelligence.

Artificial intelligence (AI) technology continues to advance by leaps and bounds and is quickly becoming a potential disrupter and essential enabler for nearly every company in every industry. At this stage, one of the barriers to widespread AI deployment is no longer the technology itself; rather, it’s a set of challenges that ironically are far more human: ethics, governance, and human values.

As AI expands into almost every aspect of modern life, the risks of misbehaving AI increase exponentially—to a point where those risks can literally become a matter of life and death. Real-world examples of AI gone awry include systems that discriminate against people based on their race, age, or gender and social media systems that inadvertently spread rumors and disinformation and more.

Even worse, these examples are just the tip of the iceberg. As AI is deployed on a larger scale, the associated risks will likely only increase—potentially having serious consequences for society at large, and even greater consequences for the companies responsible. From a business perspective, these potential consequences include everything from lawsuits, regulatory fines, and angry customers to embarrassment, reputation damage, and destruction of shareholder value.

Yet with AI now becoming a required business capability—not just a “nice to have”—companies no longer have the option to avoid AI’s unique risks simply by avoiding AI altogether. Instead, they must learn how to identify and manage AI risks effectively. In order to achieve the potential of human and machine collaboration, organizations need to communicate a plan for AI that is adopted and spoken from the mailroom to the boardroom. By having an ethical framework in place, organizations create a common language by which to articulate trust and help ensure integrity of data among all of their internal and external stakeholders. Having a common framework and lens to apply the governance and management of risks associated with AI consistently across the enterprise can enable faster, and more consistent adoption of AI. 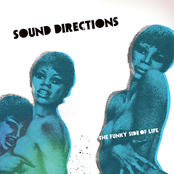 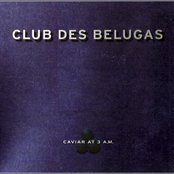 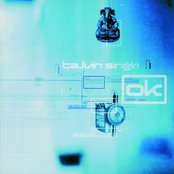