Just back from two weeks on a driving tour of Alaska. We had decent weather for most of the trip (which was handy because we were outdoors for most of it). The itinerary was basically a few days in Anchorage and around, Wasilla (just to get out of Anchorage), Seward, Homer, Whittier and back to Anchorage to fly home.

Considering that we were in coastal places the entire time (ok, except for Wasilla) I was shocked at how appallingly bad the food was, particularly the seafood. Think about it, you are in a place with fresh seafood coming in everyday (and all day) and what do they do to it? Batter and deep fry it or slather it with some disgusting concoction that tasted like ketchup mixed with honey. And forget about vegetables (you wouldn’t want them even if they were on the menu). To add insult to indigestion, you pay top dollar for the honor.

On a hiking trail that is basically right in Seward, my daughter and I came within 50 yards or so of a black bear cub. So while she stood there with her mouth agape, I was mentally running down the list of things to do/not do when you encounter a bear (make lots of noise, don’t get between the cub and the mother, stand your ground if charged, etc). As luck would have it, by the time I thought to reach for my camera and power it up, the cub took off like a shot. Nicola still talks about it to this day. Perhaps, obvious to some, but worth a note, the mosquitos in the area are awful so plan appropriately when venturing into the woods.

In addition to the hiking we did, the highlights were the two glacier cruises that we did on the Kenai Peninsula and Prince William Sound. While the wildlife viewing was so-so, getting up close to some of the tidewater glaciers was quite impressive. As an aside, on the Prince William Sound cruise, the BBC were onboard filming what appeared to be a travel show on Alaska.

Lastly, the 22+ hours of sunlight a day does take some getting used to. There were many nights when Martina would tell Nicola “you need to get ready for bed in a couple of hours”, then realize that it was after 10PM! Waking up in the middle of the night always gave you that “oh crap, its morning already” initial shock before you realized that it was 3AM. Defying all logic, one of the hotels that we stayed in didn’t even have blinds on the windows, let alone black out shades. Thank goodness for eye shades.

Photos from the trip are here and here on Flickr. 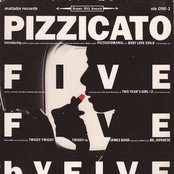 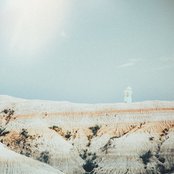 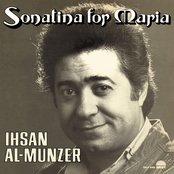