Yesterday, while prepping the Thanksgiving meal, I began thinking about how I interact online has changed over the years. In the early days, it was primarily read-only consumption of Usenet groups and BBS forums (this was before spammers made these outlet unusable). Then AOL opened up its walled garden version of the Internet with slightly easier, but in many ways more-cumbersome access. AOL also served much the same function that Facebook does today – a place where everyone went to find/connect with people.

I quickly grew tired of AOL spam and set out to get my own dial up Internet connection through one.net. This made FTP and gopher much more workable and provided my first non-corporate Internet email address. At some point the guys who were running one.net lost their minds and got greedy so I dumped them an went with a national provider. Things then evolved from dialup to ISDN (!) and eventually to DSL.

Well, that is the connectivity side of the story. Now for the interaction side. In the beginning, I was also very careful to keep my name off of the Internet. Around 2005, I decided to try out this ‘blogging’ thing that had been going on for a few years.

The original intent of the blog site was to answer the question that I was getting more frequently regarding what I was doing, reading, listening to, etc. The Blogger site had very limited customization, but I customized it as best as I could. Then one day Google decided that to lock my blog for no reason and with no explanation. Shortly thereafter, I when with the self-hosted site that I use now.

As is typical, I suppose, blog postings were a mix of re-posted links with commentary and longer essays and/or rants on various topics of interest (to me anyway). I created a Facebook account about five years ago and didn’t do much with it until the last 18 months or so. Most of my online ‘presence’ was via the blog. I created a Twitter account in 2007 and experimented a bit with that off and on. I also had a Jaiku account and tended to use that more as it had a better interface (and a mobile client).

Of late, I have noticed that my online channels have begun to shift (or at least stratify). Links that I would normally post on the blog, I put into Facebook. Links that I would normally share via email, I began putting into Twitter. Email is for much more directed communications. I have never been much of an IM person. The blog is seeing fewer updates as a consequence – which may be for the better. My plan going forward is to create longer ‘essay’ posts for the blog and shift more of the straight link sharing via Facebook and Twitter.

I have been toying with the idea of using things like Pixelpipe to update multiple channels at one time but that almost seems a bit too indiscriminate, like a form of spamming. Rockmelt promises to make it easer to share on Facebook and Twitter in particular, but I haven’t gotten my hands on it yet to know what it can do.

I upgraded this blog to WordPress 2.8.4 this morning to avoid falling victim to a new exploit that has apparently already compromised a fair number of WordPress-based blogs.

Yesterday a vulnerability was discovered: a specially crafted URL could be requested that would allow an attacker to bypass a security check to verify a user requested a password reset. As a result, the first account without a key in the database (usually the admin account) would have its password reset and a new password would be emailed to the account owner. This doesn’t allow remote access, but it is very annoying.

Once again, the one-click upgrade facility on dreamhost made this a quick and easy exercise.

This post was created on my Nokia N97 and posted to mobrec.com using the wordmobi app for S60.

Some handy twitter hacks for the wordpress blogging software, if you are so inclined.

I finally got around to updating to wordpress 2.7. Once again, dreamhost’s one-click upgrade made this a near effortless task. While I was at it, I installed a fresh new theme for the new year.

Apologies for any disruptions you may have experienced during the upgrade.

You may want to start by familiarizing yourself with the words and phrases that are banished for 2009.

Haven’t been posting much lately because things have been crazy-busy on all fronts. Plus, I have been trying to resist the temptation to blog about all of the political insanity and the ridiculous press coverage (or lack thereof). Leave it to Jon Stewart to knock this out of the park once again. It ’tis a thing of beauty to expose the Republican perfidy and hypocrisy in their own words and actions. Behold:

Wired has an interesting article and interactive graphic that sheds some light on all of the bots and scrapper and whatnot that descend on new blog postings. It is amazing how a whole background industry has grown up around blogging. I think it also show the great lengths that people will go to try to benefit themselves from work that isn’t their own.

I absolutely agree with this article in the Guardian on how long load times drive away customers and create ill will. In fact, I gave up after about six seconds waiting for the linked site to open. I further agree with their assessment of moronic sites that require Flash for no good reason at all (which in itself sucks down the performance of a site):

Of course, speed isn’t the only thing that matters: it helps if your Web designer isn’t an idiot, like whoever created the Akamai Web site. This site requires users to have Flash installed in order to read a simple press release, which is the sort of thing the Web could well do without.

I noticed in my access logs that a server purporting to be www.google.com.ua (aka 72.14.221.104 aka google ukraine) was fishing around trying to find a file called show_ads.js in a /capcha.files directory at various levels around my site. Not sure what the hell this is about, but I hope that a) google explains what they are trying to do b) it stops soon.

A bit of poking around indicates that show_ads.js is something to do with google adsense ads. Still doesn’t explain why they are trying to put or find the file in relation to some capcha configurations (which I don’t have).

Earlier today I thought that it would be cool to try to figure out how to use the timeline widget with wordpress as a way to show blog post history.

Well, I didn’t have to work too hard, just a bit of googling to discover that someone else already figured out how to — have a look at this post about creating an Archive View For WordPress. Notice that that blog has an implementation of the widget running at the top of the page so you can get a feel for how the finished widget looks and handles.

It has been a bit quiet here for the last two weeks or so because I have been on vacation.  Just got back last night and still a bit jet lagged.  Finally got around to uploading some of the pictures to flickr, but still need to go about the task of inserting titles, descriptions and tags.

Things should pick up this weekend (or next week) as I recover from the backlog.

Google have released the API for their new Calendar offering.

In related news, a WordPress Widget has been released for Google Calendar. Based on developer comments, it will be modified to utilize the new calendar API in the future.

I have tried several times today to add this new blog URL to my technorati profile. The profile update appears to just be broken — it doesn’t give any error message; nor does it update my profile. If I try to add a new URL it adds two new blank sites instead.

I don’t suppose anyone is paying too much attention because it is Easter weekend.

Perhaps this will get fixed sometime in the coming week.

UPDATE: 20.APR.2006 — Appears to be working now; I was able to add this blog and have it update properly.

Welcome to all who have made the transition from the old Blogger-based site to this shiny new WordPress site. There may be a few glitches as I learn my way around WordPress (and the new hosting service that I am using).

If you were subscribed to the previous site, please update your feed reader with the links to the right or manually update the feed URL to http://mobrec.com/feed .

Guy Kawasaki has a blog now. ‘What’s a Guy Kawasaki?’ you ask — well, just read the blog to find out.

I have enjoyed Guy’s books in the past with Rules for Revolutionaries, Selling the Dream and The Macintosh Way being three of my favorites. The blog promises to be just as rewarding — I found the Mantras versus Missions post to be spot on.

Microsoft has agreed to use the feed icon found in Mozilla (aka more MS Innovation). Here are the ‘new’ feed icons. This post really doesn’t serve any other purpose that to allow me to upload the icons so that now I can link to them in blogger.

If you prefer your feed icons all pixel twiddled in a thousand different ways (and available in EPS, SVG, PSD, PDF, PNG, JPG, and GIF formats), then FeedIcons is the place for you.

OpinMind is an interesting take on blog search engines in that it attempts to categorize the blog content as either positive or negative. I would guess that it somehow uses the surrounding text to make the determination.

You can also do comparison searches by putting a ‘vs’ between two terms. Just for fun, I tried a few, with mixed results: Peace (91%) beat out War (42%), but then again Life (50%) lost out to Death (65%). It probably has all the statistical relevance of Magic Eight Ball, but can be kind of fun to see the results (like the perennial favorite ‘Ginger vs MaryAnn’).

I was interested to learn that enhancements to Wiki are being formulated to allow for the inclusion of semantic annotation of articles.

Wiki has proven itself to be an effective means of collecting information (look no further than the wikipedia). Coupling something like wikipedia with a means of being able to make machine readable sense of the collected knowledge is a pretty potent combination.

Came across this nifty site at world66.com that lets you generate a map of the places that you have been (which appear in red on the map) and even the ones that you would like to visit. Mine looks something like this:

It appears that the idea of the site is to allow travelers to add their own commentary and advise on places that they have visited or lived. It will be interesting to see how this evolves. 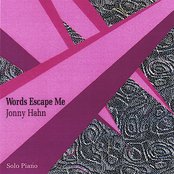 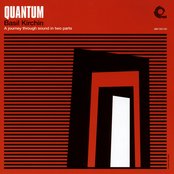 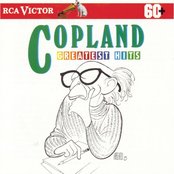 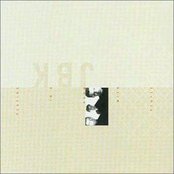