With my aging Nokia 6620 beginning to give signs of giving up the ghost, I began looking for a replacement mobile phone. I was hoping that Cingular would finally get around to releasing the N73 but that was not to be. Cingular briefly teased the market with the on again off again release of the N75. A week later, they put the N75 back on their site, so I dove in and purchased one.

I didn’t spring for express service because deliveries usually show up within 2-3 days anyway. I didn’t realize that they were going to use a FedEx shipping method that would wind up sending the phone to within 40 miles of my home address, then 100 miles away so that it could then be put on a truck an delivered. Enough about shipping logistics, you probably want to hear about the phone.

First blush: the N75 is a very impressive phone, probably the best mobile I have owned. I typically don’t care for clamshell phones, but this one is very solid with a very usable display on the outer cover in addition to a gorgeous bright, clear main display inside the phone. The keypad layout is a bit different from the 6620, the biggest differences being in the tight layout of the utility keys and the addition of a music key to the right of the four-way keypad. The close proximity of the utility keys has caused me to accidentally press the Music key more than a few times. I also find it a bit awkward to highlight text for copy and paste due to the proximity of the ‘pencil’ key and the directional arrows.

Before talking about applications on the N75 it is worth noting that the phone ships with no external memory, only the built in RAM, of which around 40MB is available to the user. While Cingular and Nokia are more than happy to sell you a 2GB microSD card for nearly $200USD, you can get a SanDisk 2GB microSD for around $25USD from Amazon. I have the SanDisk 2GB and it works just fine with the N75.

There have been a few challenges in migrating some of my Symbian-based apps to the N75. My SlovoEd Spanish-English dictionary would not install until I upgraded to the S60 v3 version of the application. The problem is that the dictionary apparently takes a differently formatted license key than the one I have. As of yet, the vendor has not provided a resolution to the license issue. Profimail is the app that I depend on to keep up with my various POP and IMAP accounts while on the go. Profimail was a simple upgrade, but I ran into a hitch with the license key as well. A posting on their support forum yielded a response that an email to customer support should have an updated license key on the way. I use Papyrus as a more functional tool for keeping track of appointments on my mobile. The Papyrus install was straightforward after I worked out that the correct version to install was the ‘9.1’ version of the software and not the ‘6.1’ version — no license key issues with Papyrus. Apparently Nokia refers to the 9.1 version of the Symbian OS as ‘S60 v3’. Handy Weather upgraded and registered with no issues. Handy Weather lives up to its name, especially when I am traveling abroad and need to get an idea of the weather. I huge proponent of Java, I am happy to mention that the three Java-based apps that I use most frequently Google Maps, Google Mail and Opera Mini downloaded and installed with no issues at all. Sadly, my daughter’s favorite game Frozen Bubble, will not install on the N75. It was such a fun and simple game. I have yet to find another free (or otherwise) replacement for it.

Update 19 May 2007: Both Profimail and Papyrus have resolved their license key issues via email. Epocware, however, wants me to re-purchase the software minus a ‘loyalty discount’ — not very enlightened customer service.

Phone reception on the N75 I would rate as better than the 6620 as I tend to get more bars and better sounding audio with the N75 in the same places that the 6620 would struggle. The ringer is quite loud, owing to the two external ‘stereo’ speakers on the phone. I have not had an opportunity to tryout the speakerphone quality.

The N75’s camera has been something of a mixed bag. I was looking forward to having a decent (2 MegaPixel) camera on the phone, but it seems a bit quirky. One annoying behavior is that when you click the button to take a photo it presents you with a still frame of the image you think you are capturing. However, the actual image isn’t taken until a second or two later. For me, this has resulted in several pictures of blurs because the actual photo takes as I am bringing the camera back to have a look at the image. I guess it just takes a bit of patience and getting used to.

The Nokia N-Series site advertises that the phone can upload photos directly to Flickr [can’t link because of annoying flash-only site]. Great, I thought, I have been a Flickr participant for a few years now. However, it appears that Cingular has chosen to disable this feature out of the box on the N75 (shock!). A quick troll through the NSeries forum on Flickr reveals that you can download the configuration file to your N75 via Bluetooth that will re-enable this feature.

Another initial frustration that was soon alleviated was that neither Apple nor Nokia provides an iSync profile for the N75 to work with OS X. It only took a few days for one to surface — the only unfortunate thing is that it is hosted on the hateful file sharing site rapidshare [no link]. I have considered hosting it on my site, but have not had time to work out the logistics.

This is as far as I have gotten with the N75 with very little time to explore it’s options. Hopefully, I will have more time to explore (photos, video, mp3 player, included apps, and more) and report in the coming days and weeks. 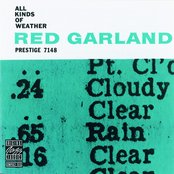 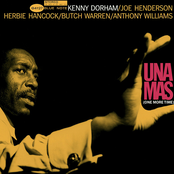 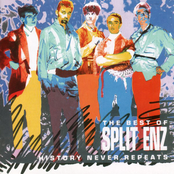 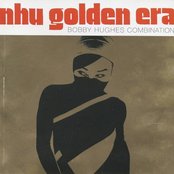 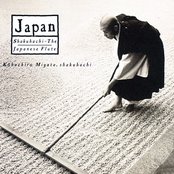